Antariksh’s is focusing on genome and transcriptome comparison in the volvocine algae.

Jessica’s research interests are centered around transcriptional control of gene expression, with a particular interest in the Rb/E2F pathway. Her PhD work was done in mouse but she has switched to Chlamydomonas for her postdoctoral research (she is going green, as she likes to say). She is currently working on deciphering the role of the retinoblastoma protein (Rb) in multicellularity and transcriptional differences in Chlamydomonas and Gonium. She also has projects involving the DNA damage response/genome instability in Chlamydomonas, and developing/optimizing tools for genetic manipulation of Gonium.

When she is in lab, you’ll definitely spot her big smile and red polka dot apron, or hear her laughing about something from down the hall. When she’s not in the lab, you can find her playing board games or Dungeons and Dragons with her friends.

Berenice is a PhD student in the Interdepartmental Genetics Program. She is interested in major evolutionary transitions and learning strategies to link research on evolution and molecular biology.  Her projects are currently centered on understanding the role of cell-cell adhesion structures and molecules in the evolution of multicellularity using Chlamydomonas reinhardtiiand Goniumpectorale as models.

Bere is prone to science puns and lab shenanigans, as well as doodling.

Jessica is a microbiology major at KSU that graduated from Rancho High School in Las Vegas, NV. She is interested a career in clinical applications of microbiology. She has interest in understanding how evolutionary principles affect clinical outcomes in patients. She is not so secretly a “cat lady”.

Courtney is a biology major at KSU who graduated from Central High School in St. Joseph, MO. She is interested in how cellular adhesion evolved in multicellular organisms. Courtney is our resident classical music expert.

Sarah is a biology major at KSU on a pre-vet track. Her long-term goal is to enter the KSU Vet school. Sarah comes to KSU from Adams Central in Hastings, NE. Sarah does parkour and is a photographer for the KSU Collegian.

Nicole is a Life Science major at KSU who graduated from Burlington High School in Burlington, KS. If Nicole can’t fix something in the lab, then no one can. She knows more about Disney than the CEO.

Chris earned his MS degree in 2017 working on the evolution of cooperation. He is currently an Associate Scientist at Merck in Kansas City. He won numerous awards for his work in the and has a patent pending for advances he made in the laboratory.

Tara was a post-doc in the laboratory that made major advances in our understanding of how development evolves in undifferentiated Gonium pectorale compared to unicellular Chlamydomonas reinhardtii. Tara earned her PhD from the University of Kansas in Ecology and Evolutionary Biology. Tara also worked collaboratively on Porphyra umbicalis cell cycle gene analysis to understand how cell cycle control is conserved in red algae. Tara earned numerous awards for her work, including two KINBRE post-doctoral fellowships, as well as an invitation to the NIH for career training. Tara is currently of Professor of Biology at Haskell University.

Yi Li earned her PhD from Purdue University in Plant Biology. She initiated the sequencing of several important volvocales genomes. She is currently a scientist at Calyxt in St. Paul, MN where she is involved in high throughput phenotyping.

Sarah earned her BS in Biology in 2016 and was supported as a NSF REU student and by the Johnson Cancer Center, and by the College of Arts and Sciences. She earned numerous awards and honors for her work in the laboratory and is currently a PhD student at ETH Zurich working with Greg Velicer.

Kate earned her BS is microbiology in 2017. She established a forward genetic screen for unicellular mutants of Gonium pectorale and re-sequenced the genomes of several of these lines after back-crossing. She is currently a PhD student at NYU studying the evolution of influenza and its virulence.

Jaden earned his BS in Biology in 2017. Jaden established the key parameters for the transformation of Gonium pectorale. In addition, he worked with Erik Hanschen in analyzing the Gonium genome. He is currently a PhD student at the University of Kansas in their Computational Biology program. 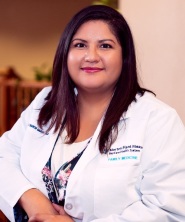 Kendall is currently finishing her BS in Biology at Langston University and spent a summer in the laboratory with support from SUROP and KINBRE. Kendall worked on developing a new project in the lab with post-doc Jessica Rakijas. Kendall earned second place for her talk at KINBRE 2019. 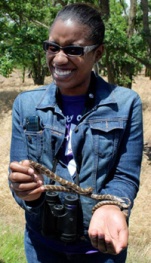 Nicole spent a summer in the Olson lab characterizing unicellular mutants of Gonium pectorale. She was supported by the Biology REU program and KINBRE. Prior to participating in the summer REU program, Nicole had never held a lizard or snake. Nicole went on to earn her MPH at Emory University. She now works for the Los Angeles County Department of Public Health.